One of my favorite Christian songs is, “Dear Younger Me” by Mercy Me. For those of us over the age of 50, I’m confident enough to say that at least once in our life we’ve looked back and said, “If I knew then what I know now.”  Or, “I wish I’d  never done _____.” I bring this up because I was speaking with an 18-year-old co-worker this morning. This young woman already knows what she wants to do as a career and is focused on her goals and how she will get there.  Another co-worker is a beautiful 24-year old woman who is planning for her future, including retirement!  She tells me of her plans, and how she intends on how she will reach her goals and by what age. Looking back on my life,  from the age of 15-24, all I cared about was partying. I knew I wanted to be a special education teacher, but my self-esteem was so far down in the gutter that I didn’t believe in myself.   Unfortunately, I can’t go back and undo the past but what I genuinely pray I can do,  is reach young girls before they head down that path and may never return. There is something else that unfortunately is rather uncommon today.  Both my two co-workers  grew up in Christian homes with both parents that were educated and raised their daughters to be educated and independent thinkers. If I could go back and talk to my younger self, I would want to encourage me to seek out the Lord. Attend a church, ask questions, get involved in a youth group and make Christian friends that would be supportive.  I’m sad for children that have never attended a church or have learned about the Bible or our Lord Jesus Christ.  Though my mother never attended church with me, it was mandatory in our house that my sister and I attended until we were at least 16 years old. She believed that it was part of being educated. I am so grateful to her for making me go (even though I resented going ).  After my mother died I went through several years where I was so angry at God for taking her that I denied His existence (I never really doubted His presence but I was angry and  hurt.  He also had taken my dad when I was only a year old. I began to feel as though God didn’t care about me so I decided I didn’t need him anymore.  I would make it just fine on my own. I can honestly tell you, that didn’t turn out so well. Now, in my golden years, I feel so blessed to be a member of a church that emphasizes reaching children and teens through a sports program, youth groups, bible study classes, and community service programs.  As the population ages, it’s necessary to reach as many families as we possibly can.  As Christians, Christ has called upon his followers to be disciples. That is what I’m striving to become. 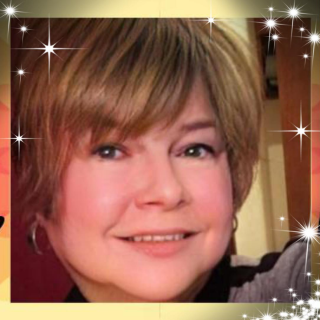